Out on the land seasons aren’t dictated by the official looking statements printed below numbers in the diary, ‘mid summer’s day’ etc. The sky and the growing grass, the bird song and the smell of the woods, the veg in the garden and the food on the plate –  this is the stuff of the countryman’s calender, for knowing is as nothing to feeling. 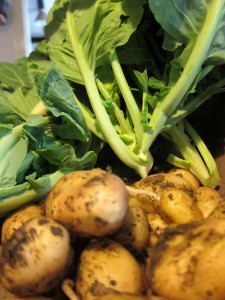 Another chapter in the year’s story has opened with the first digging of new potatoes. It almost seems cheating  for such a leave alone crop to taste so fantastic, but we’re not adverse to a bit of that and it was with a deep pleasure I raised the golden tubers from the warm earth, anticipating them nestled round a roast leg of lamb. 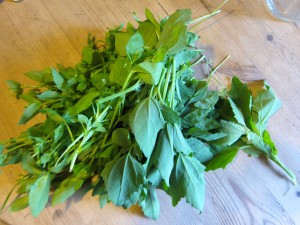 It’s not before time that the garden produced something substantial –  we’ve eaten more ‘weeds’ than crops in the last month, though in fairness Fat Hen and Chickweed are so good that they’d be worth growing in their own right if they didn’t just appear of their own accord. 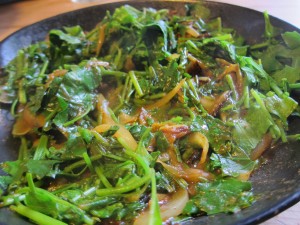