Nothing encourages a man to disseminate his experiences to the world like buying a new rabbit! So here I am adding to my much neglected blog, proud new owner of one very large  British Giant doe. She was going for a song at last Saturday’s poultry/small livestock auction, which on the face of it seems great, but as the eighteen lots I was selling went equally cheap,the event was in fact a disaster. The first auction is always a gamble – if the weather has been warm and Spring-like as it was last year, everyone is out buying, but if a wintery feel prevails no one wants poultry in their muddy gardens and pens. The driving snow and bitter winds which had punters and dealers alike shivering over polystyrene cups of warm coffee typified the recent weather and the consequences were inevitable. 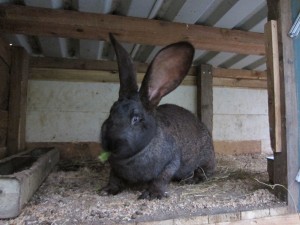 'Who are you calling big ears?'

I can’t hope to catch up on everything, so considering what is said about pictures, here are a few to save  several thousand words:

My skills as a hedge layer have been in much demand this season and my last job ended earlier this month. 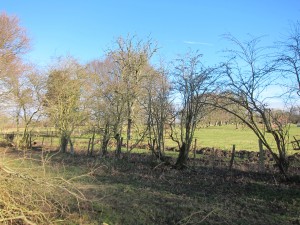 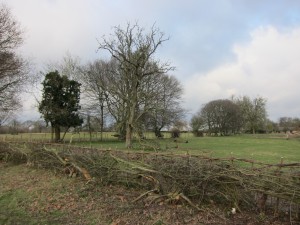 Pig killing took place a couple of weeks back. The hams are still curing (though I doubt they’ll ever recover), streaky bacon is salted, smoked and ready and the back bacon is drying ready to smoke. The pork and leek sausages proved a great success. 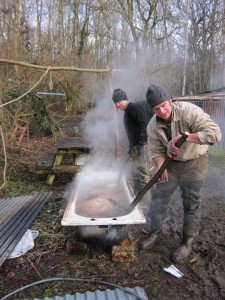 Chris and I scald a pig to loosen the hairs 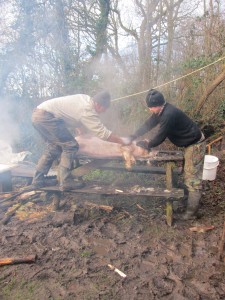 Scraping, to remove hairs and first layer of skin. 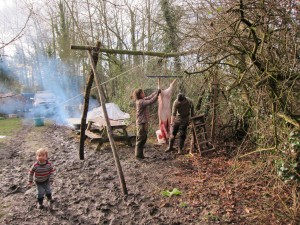 Gabriel keeps an eye on the progress.

The weather is uninspiring to put it mildly, but miraculously, in my glass covered tyre cloches some early salad crops have managed to germinate and there is the hope of spring, despite the freezing temperatures. 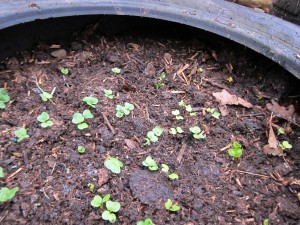